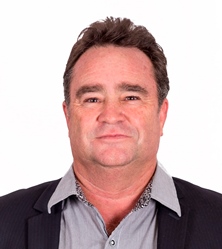 Gary Morrison has spent most of his working career in the security industry.

A qualified accountant by trade, Gary joined Armourguard Security as a junior accountant and during his 20 plus years with the company progressed through a number of roles including Group Accountant, Company Secretary and Cash Services Manager before being appointed General Manager for New Zealand and Fiji. During this time Gary led the company through significant growth and was recognised on several occasions as one of the parent company (Tyco International) outstanding leaders.