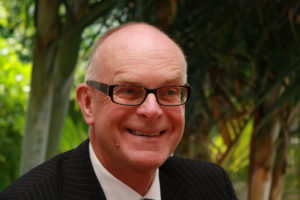 Gray has held numerous roles including Managing Director, CEO, Trustee and is current Chairperson for a number of entities. For seven years he held the CEO role for the Apprenticeship Training Trust which employs and manages apprentices for small trade businesses in the electrical and plumbing, gasfitting, and drainlaying industries throughout New Zealand.

Gray is practical and solution orientated. He has been described as a hands-on honest leader who creates a positive culture, has strong financial acumen and personal and business integrity. His roles are now focused on giving back to industry, business and the community. Gray continues to be involved at board level across a number of organisations including not for profit as well as consulting and advising businesses and other projects. 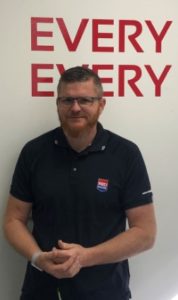 Andy was appointed to the role of Operations Manager in 2002 and has grown with the company seeing Red Badge flourish from an event specialist into a truly national company providing a wide range of high-quality manpower services. A qualified trainer, Andy is passionate about training and staff development. Following the 15th March 2019 attacks in Christchurch Andy led the Red Badge Group response as New Zealand scrambled to understand how to manage Crowded Spaces in this environment. Andy has also been active in the development of industry training and chairs the NZSA, Special Interest Group for Training and Development. 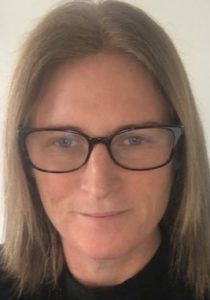 Originally from the UK, Caroline worked with the hospitality/service industry prior to arriving in New Zealand.

Arriving in New Zealand in 2003, Caroline has worked in the security industry since then. To date she has held several roles including HR/Recruitment, Operations Management, Client Service and Business Development roles.

Caroline is currently the Business Manager at Cityguard. 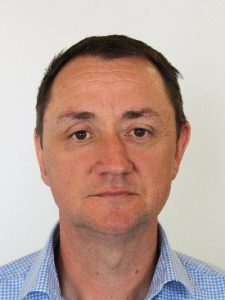 As CMO for Security, Evan Morgans is inspired by Gallagher’s commitment to customers. “Every decision we make is focused on improving our customer experience, from creating better products, through interactions with end-users, and everyone in-between”, he says.

Prior to joining Gallagher 10 years ago, Evan held program management for technology companies, including Microsoft, focusing on small business solutions.

Having previously led the software product direction at Gallagher, Evan knows only too well how strongly the team is committed to solving customer’s biggest security challenges, and that in order to truly compete and succeed on the global stage they must, and do, solve real business problems 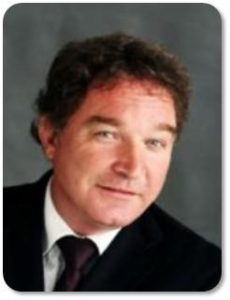 Ex CIB in the NZ Police for 13 years and a further 23 years of operational risk and security management experience in the NZ security industry.   An extensive part of Shane’s career has been constructing multi facet security solutions within all NZ industries, forming relationships with other security suppliers and providing best practise to the NZ market.

Strong long-term relationships based on trust and responsibility is a personal key ethic of Shane and one which he actively leads.

Shane has been part of the Senior Management Team at Armourguard since 2003.

Shane has been leading Armourguard Security as Chief Operating Officer since 2016. 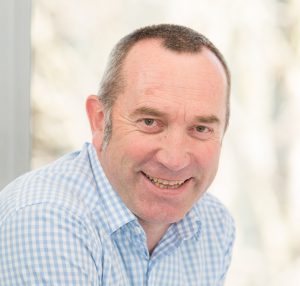 Greg has worked as a security consultant since 1989.  Greg has been employed in various roles by Pedersen Read since 1984 and in his present role as Senior Electrical Engineer since 1999.

Greg has significant experience within both the Electrical and Security industries and can offer unique insights and experiences from both semi-related industries. 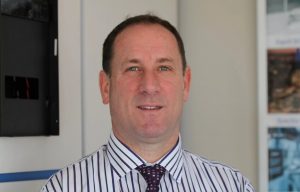 David began his security engineering career in 1987 with Harding Signals and then started VIP Security as a one-man band in 1997. VIP Security was acquired by Advanced Security in 2020. David is now studying full-time towards an MBA at Canterbury University.

David offers to the board a person well versed in most aspects of electronic security, company management and strategy. David is committed to continuously raising the standards and quality within the industry.

David has previously served on the NZSA board from 2004 to 2009 and rejoined the board in 2013. David has held many committee roles on the NZSA board during the fifteen years, including complaints, finance, HR as well as the deputy chairperson from 2016 to 2020 when he stepped aside with the appointment of the independent chair. 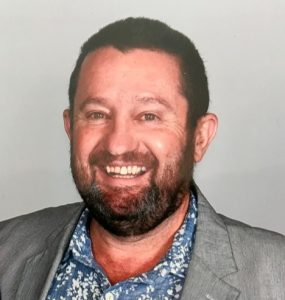 Lance has a background in finance and banking and is equally comfortable in the Boardroom or on the shop floor. He has led teams of up to 450 staff members in 17 different locations and in his current role he has nationwide responsibility for over 12,000 trainees in 15 different industries. Lance holds a Master of Business Administration from Southern Cross University and sits on the Skills Organisation senior leadership team. 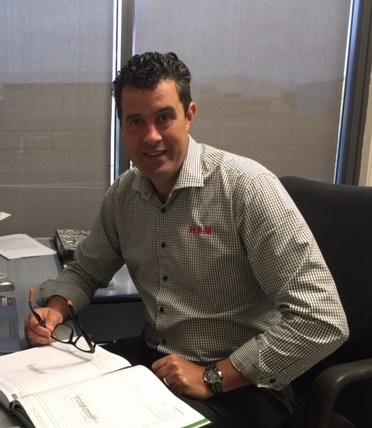 Matt Stevenson has worked in the security industry for over twenty years. Starting out in 1995 as a salesperson in Christchurch, he then established his own security firm which he sold in 2006 in order to join his father in building HSM Group Holdings Limited. HSM (High Security Management) was established in 1997 and delivers a broad range of security services including sales, installation, monitoring (including a Grade A1 monitoring station), risk management and guarding to both residential and commercial clients locally and across New Zealand.

Following his father’s retirement, Matt is now the CEO, and sole director/shareholder of HSM, leading a senior team of five managers that are driving the growth and expansion of HSM from new purpose built premises in Hastings.  Matt has been instrumental in developing the company into one of the top security providers that it is today with over 70 staff, with an outstanding reputation in the market place. Matt brings energy to the business, with a key focus on ensuring an outstanding customer experience. 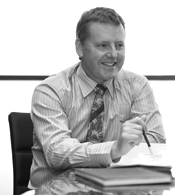 Brett has been involved in the security industry for around 25 years working for both Owens Security and Armourguard before starting Watchdog Security 14 years ago. He is passionate about the security industry and the challenges it brings. His vision is for an industry that delivers a consistent high quality product to its customers and a desirable career path with good pay to those who work in it. Having been seconded onto the NZSA for a 12 month term in 2016 he is standing again to continue contributing and to continue with the progress that the NZSA has made in the last 12 months as an effective and progressive industry body.